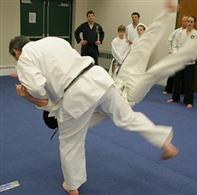 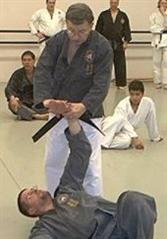 Shorinji as Kokondo utilizes it is the concept of points and circles. The original term comes from our Kyokushin roots and has been modified to explain the dynamic use of motion and the powerful effects of the abrupt stopping a technique exactly where intended. Again there are three aspects of Shorinji to further understand the use of this dynamic principal.

Jushin again as used in Kokondo is the concept of centerline. The term is used for the strongest line of the body and helps the student to align the technique directly and accurately to the opponent for the intended action. There are three aspects of Jushin which clearly demonstrate this concept in all Kokondo techniques.

These principals are the creation of our founder, Shihan Paul Arel. They are his insights over a long 54 year history of studying Martial Arts. While present in some martial arts Kokondo has a unique appreciation for them and perspective on them. No other martial art has these principals as the founder intended them to be taught.

The foundation of Kokondo Karate is Kata. While, Kata is used for perfection of technique, the perfection of technique is not a goal unto itself. Each movement must be applied to self defense. Kokondo believes that every technique in Kata, regardless of appearances, can actually be one of five things. These are Escapes, Strikes, Blocks, Locks and Throws. Therefore, what appears to be a straight forward move may have many moves hidden within the apparent. That is the beauty of Kata. All Kokondo Kata have been chosen by its Founder to amaze, to teach and to illuminate his principals across the generations.

Shihan Paul Arel Developed Jukido Jujitsu.  This art was named in 1959.  Jukido is a Jujitsu system with an emphasis on Self Defense.  Shihan Paul Arel's legacy of three unifying princpals to Martial arts, Kuzushi, Jushin and Shorinji are used in Jukido as they are used in his other art Kokondo Karate.  In the first stages of Jukido there is an emphasis on self defense drills which allows the student to become familiar with Escapes, Throws, Blocks, Locks and Strikes.  These drills eventually evolve into infinite applications liberating the Jukido student from having only one defense for a specific attack.  These five facets also blend into a self defense sytle that is recommended for anyone needing a no-nonsense approach to self defense.  Sinse Jukido utilizes the attacker's strength against them as this are is especially popular for the young.  Classes begin for children at 5 or 6 years old and continue throughout adulthood.

Jukido intstills confidence as Kaicho Howard (current Chief Instructor for Jukido) states when reflectin on his own history in jukijtsu, "Shihan always said rudeness is a weak person's imitation of strength." The biography of many of Jukido's highest ranks includes being bullied as children. Jukido helped many youngsters develop the skills to become successful, confident and friendly adults.

Jukido is guided by the seven codes of Bushido;

These codes govern the ethics of all self defense situations. What is the appropriate response to an attacker's aggression? The answer lies in a series of "What if" questions and drills. A good martial artist behaves responsibly. This concept is taught in jukido regardless of the age of the participants and the variety of the attack. This ethical concern allows the student to have the needed compass and courage to navigate the schoolyard, the boardroom or the back alley. 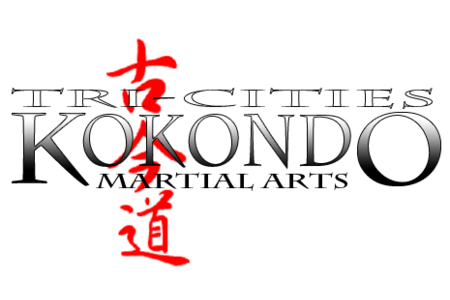